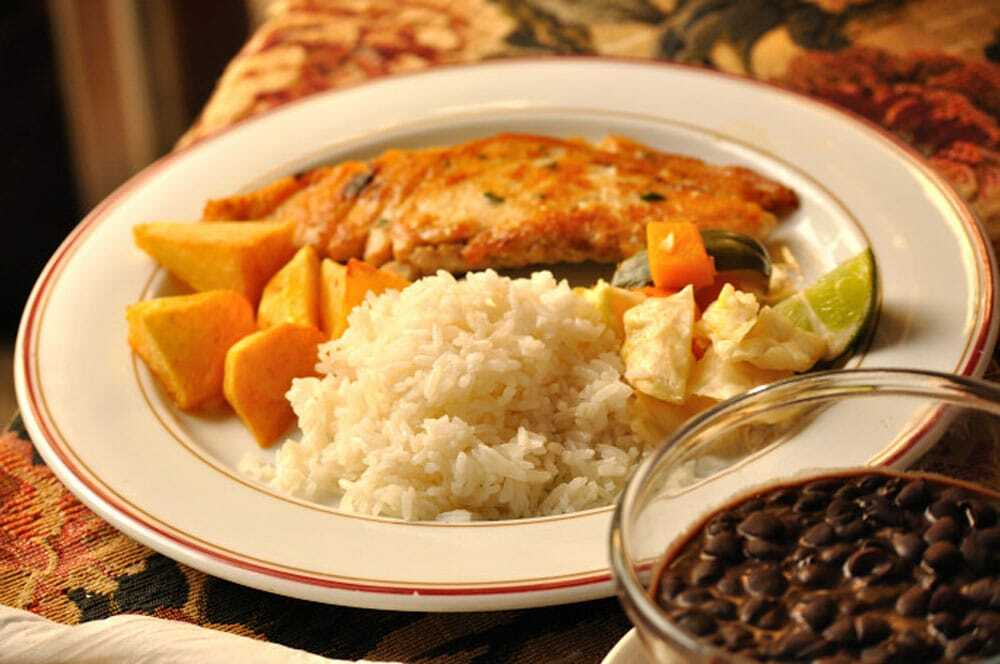 In the heart of Old Havana, off Plaza de Armas, lined with book sellers and merchants, is a large awning covered outdoor restaurant lined with potted flowers and ferns – Cafe La Mina.

The open breeze and the colourful scenery of the square makes it an enjoyable spot of lunch or in our case, dinner. The menu was huge, massive in fact. Perhaps this is a testament to the fact that it serves 24 hours a day. Personally I’m a big fan of any restaurant that houses chickens and peacocks, as pets.

That’s just not something you see every day on the way to the ladies room, a peacock or a rooster. Ways you know you’re not in Kansas Dorothy.

Perhaps more than any other food in the world, Cuban food has been shaped by politics. Embargo’s, restrictions and shortages dictate availability and to thrive, Cubans adapt. Many restaurants are owned by the government and those that are privately owned are governed by extraordinarily strict rules that include not serving shrimp or lobster. When looking for something traditional, the true flavour of a place, a country, a city, sometimes all you have to do is ask.

“What would you recommend for a traditional Cuban meal?”

Low and behold, a whole different menu appears, one that does not include pizza or hamburgers. Now, this is what I’m talking about.

In Cuban cooking mojo is any sauce made with garlic, olive oil and a citrus juice, traditionally sour orange juice. Yellow Cuban rice, flavored with achiote or annatto oil to give it that yellow colour and slight peppery flavour. This plate looked gorgeous – colorful and comforting – but as soon as it hit the table my nose went into overdrive.

“Don’t eat that…” my companion, Texas, put down his fork. “Do you smell that?” he said holding up the plate. “Oh yeah, I can smell that.” Nothing worse than rank meat. How the kitchen could miss it, I have no idea.

It only takes one bite of anything “off” to ruin a holiday. This Gypsy’s rule of thumb: Never, ever eat something that smells bad – unless it’s cheese.

Not every meal can be perfect, mistakes happen and sometimes, as diners, we need to send something back to the kitchen. How an establishment deals with that can make or break a dining experience for me. This was one of those times.

Away it went, quickly replaced by the Traditional Cuban Combo – a massive meal. Reminiscent of a large Italian meal served in four courses, but rather than the Italian style of relaxed leisure this was a Cuban rush.

I believe this may have been due to the fact that I had my big, fancy camera out, taking pictures of food. Drinks arrived. Then more drinks arrived, along with course after course in rapid succession. Thought I might burst, but the flavours were so subtle and truly enjoyable, I worked my way through as much food as I possibly could.

Corn, a staple through the Caribbean is handled differently everywhere. In Mexico, we have the tamale; a corn porridge, wrapped in leaves, layered with pork and vegetables then steamed. In Cuba Tamal En Casuela; a similar corn porridge, cooked in a pot, used as a base for tasty stews, served on the bottom of the bowl or served alone as an appetizer, which I just loved. Like Grits; made with corn meal, savory as opposed to sweet, an amazingly filling treat. Black Bean soup is among the few indigenous foods that have remained part of the modern Cuban cuisine. Tender beans are mixed with garlic; onions and spices, then cooked low and slow to thicken often accompany a mail meal.

There is always a pot of black beans in a Cuban kitchen alongside – or mixed with the rice (I truly love a good ‘dirty’ rice).

The fish was a grouper, barley seasoned. Cooked over a high heat, seared perfectly. If there is one thing I could never complain about in Cuba it was the fish. It was never over cooked, always completely fresh and served in the simplest fashion. Melted in my mouth like butter. With fish this fresh why would you mess with it? In Cuba, order the fish.

As a special treat, a glass of freshly squeezed sugar cane, and I do mean freshly squeezed. Cranking the mechanical arm and pressing the fresh cane through the machine a creamy milky juice emerges, skimmed and served. It was decadent, served with a Cuban coffee.

To finish – Flan de Clabaza, a light custard style, short crust desert. Sweet, smooth custard baked and served in a sugary syrup, beautifully plated, was the perfect end to a rather massive meal. Thought I was going to need a litter to carry me through the streets of old Havana to hail a cab. Instead we enjoyed a walk along the sea wall, the salt breeze making the night complete.

On warm evenings Cubans line the seawall in Havana, socializing, drinking enjoying a picnic. Lovers, families, grandparents, some with a line in the water in the event that tomorrow’s dinner might come along.

When asked our cab driver (and local guide) Ernesto about this, he laughed “Well, if you like your girlfriend you look at her, so beautiful, sitting on the wall… the ocean wind in her hair. And if you don’t… you just push her over.”

Located in Saint-Eustache, Quebec, a two-hour drive from Ottawa and a little over an hour…

The kitchen is the great equalizer. Food doesn’t care about the colour of your skin…

Many Canadians, and food lovers around the world, know Chef Michael Smith from his television…

Welcome To My Kitchen 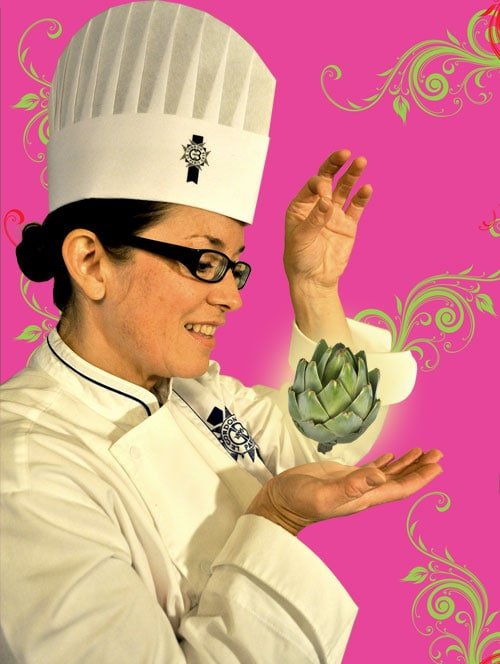 Easing back into the kitchen with a cold weather classic - Beef Stew with Dumplings!...

When it storms, BRAISE. A proper braise might be the best thing I ever learned....

True confession: I’m not big on cold food in the winter, so it’s important to...

2022 was a year of loss personally, but gains professionally. We said goodbye to my...

Happy Bubbles! 🍾 Nothing says romance quite like champagne. Reminiscent of old Hollywood, synonymous with...

On a budget? You can still have bubbles on NewYear’s, Baby! 🥂 Instead of Champagne,...

For the ‘in between days’ I submit to you: London Hash with Bangers & Eggs....

At this time of year, it’s appropriate to pause and extend a heartfelt ‘thank you’...