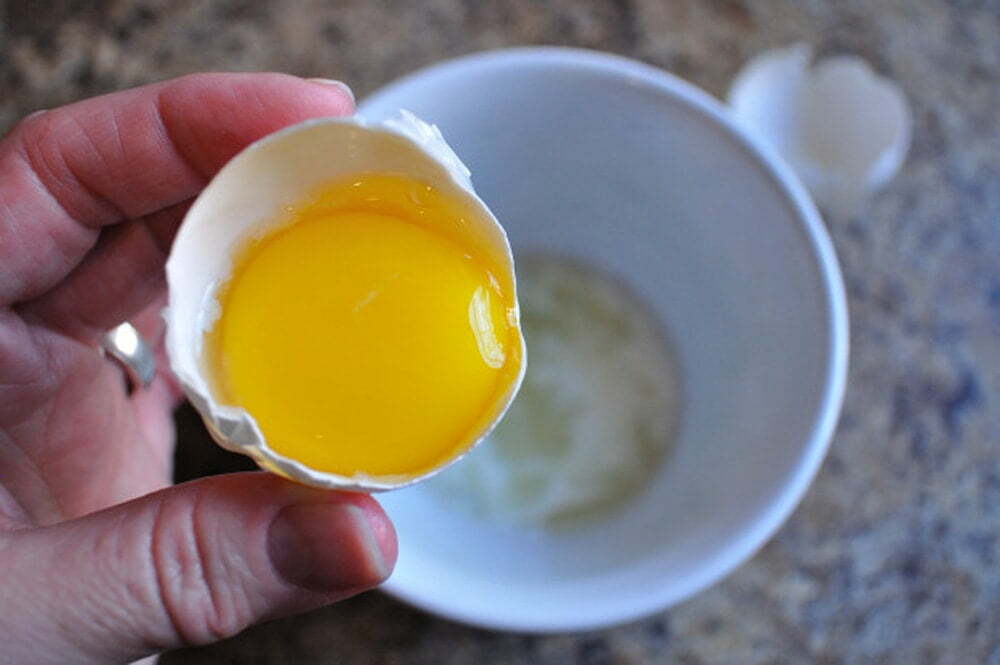 Summer salad season, time for homemade mayo and Caesar salad,  avoid upset tummies with a little food safety know how and a bit of kitchen expertise.  Tip 1: how to coddle an egg.

As a brief follow up to our Grilled Cesar Salad post, we thought this was a topic that deserved it’s own place on Food Gypsy as a resource to our readers.  Many people fear using raw eggs while cooking due to the threat of salmonella poisoning.  Like many blown out of proportion food dangers, there is a grain of truth to the risk of salmonella contamination in raw eggs.

Eggs are perfectly packaged by nature to protect their precious cargo, the salmonella bacteria is carried on the shell, which is washed and disinfected as a part of food safety regulation.  However, if the shell is cracked, there is a slim chance the egg yoke can become infected and when ingested raw, it can make a person uncomfortably ill.  Even worse for the elderly, children and those with immune deficiency, so play it safe with eggs and coddle to remove bacteria, including salmonella.

How to Coddle an Egg…

Coddle: Definition – 1) A cooking technique, in which the egg is cracked into a small buttered dish or ramekin, along with seasonings, and then partially immersed in a hot water bath (or bain-marie) for several minutes.  2) To partially cook an by immersing the whole egg, in its shell, in boiling water for a short time.

Bring water to a full boil.  Pour boiling water into a small, heat-proof bowl or cup deep enough to fully submerge egg(s).  Place egg in a spoon and hold over steaming bowl for a few seconds before gently placing egg in hot water.  Cover with a lid (or plate) and allow to stand for 5 minutes.  Remove egg from hot water, crack and separate   You will notice that the egg white is slightly cloudy and thick, discard white and use yoke as directed.

If you’re still uncomfortable with the idea of  using a coddled yoke, look for pasteurized eggs which have been gently heated in much the same manner.

Once coddled, mayo away.  Make yourself a nice batch of gribiche for your fish cakes, or a try out a simple roasted garlic aloli.  But just because those eggs are coddled doesn’t mean food safety standards no longer apply.

Tip 2:  Chill it before you grill it.  If you’re traveling with mayo heavy food (like potato salad) or uncooked meats, seafood and eggs, over the summer months remember to keep it cool/refrigerated before serving or cooking.  Be sure it doesn’t stand a room temperature (or higher) for longer than two hours and if it does, toss it, now.  Cooked food can stand for a maximum of four hours before you reach the danger zone, but never push it.

The inside of a locked car in the hot sun is never a good place to leave your unprotected picnic, invest in a decent cooler or cooler bag and a couple of gel packs.    Nothing can ruin your long-weekend faster than a salmonella picnic, except perhaps a botulism barbecue.

Watch your temperature and your timing and always — play food safe.

This message brought to you by your friendly neighborhood Gypsy.

Cooking in her home kitchen just outside Ottawa, Canada; Cori Horton is a food photographer, recipe blogger and Food Business Consultant. A Cordon Bleu-trained Chef, Cori spent five years as the owner of Nova Scotia's Dragonfly Inn, ten years in catering, and has been sharing all things delicious - right here - since 2010.

What could be better on a hot summer day than a big, cold glass of…

Explore the global kitchen! Each recipe is the result of years of joyful research, extensive travels, and years in the pro kitchen. I hope you’ll find this a place to gather, learn and explore food culture; now in an AD-FREE environment.

While you're here can we ask a small favour? We listened and made Food Gypsy an ad-free environment! If your privacy matters to you, please consider donating a little love money. Help keep independent food writing alive, and the lights on!